With great saddness and sorrow

the little girl Bara’a has passed away.

We ask the Almighty God

to recieve her soul

with His Love and Mercy.

Listen to Bara’a Quran recitation during her stay in the hospital:
http://www.youtube. com/watch? v=NnNS9ID9Ecw&feature=player_ embedded

Here is Bara’a story which was published early this year:

Bara’a is a 10 year old girl from Egypt and belong to small happy religious family. Both of her parents are doctors and have moved to Saudi Arabia for better opportunities. Bara’a is a very sweet and intelligent young girl and she succeeded, at this young age, to memorize the entire Quran along with its proper rules. Unfortunately, tragedy was in its way to change the course of life for this young girl.
One day her mother felt a lot of pain and after some medical tests she was diagnosed with a deadly form of cancer. Then her mother began to think about her young girl’s future and how she can tell “Bara’a” of the devastating news. How she would wake up one day without her mother besides her. Afterward the mother decided to tell her daughter and said: “Mommy will soon be going to Heaven, ahead of you, sweet heart”

She emphasized to her that she should continue reciting the Holy Quran everyday which would protect her and keep her safe in this life.  At this time Bara’a could not fully comprehend what lays ahead. Soon after, she began to recognize the gravity of the matter when her mother’s health deteriorated and she was admitted to the hospital. Then Bara’a began going to visit her mother at the hospital every day after school and recite the holy Quran next to her mother’s bed until late in the afternoon. She keeps doing that until her father would come from work to pick her up.

One morning the hospital called the house and asked Bara’a’s father to come to the hospital immediately for his wife’s health has gone for the worse and she was near death. The father immediately took his daughter Bara’a and left for the hospital, but he did not inform his daughter what was going on with her mother. When they arrived at the hospital he thought to himself that he should leave his daughter in the car so that she would not be shocked of whatever is waiting to happen to her mother. Therefore he asked his daughter to stay in the car while he finds out more of her mother’s situation and he assured her he would be back in a few minutes. He stepped out of the car and his eyes are filled with tears; bewildered of the grim news of the fate of his wife. While he was walking away from his car Bara’a was watching him crossing then another tragedy hit; he was struck by an incoming bus and was killed immediately. She ran out of her car hysterically and threw herself at her father‘s dead body.

Bara’a’s tragic events do not end here. The hospital staff did not tell Bara’a’s sick mother, who was fighting for her life at the hospital, of the death of her husband which occurred on his way to see her. Five days after, Bara’s mother lost her battle with cancer and died leaving Bara’a alone in Saudia Arabia with no family members nor  relatives. She lost her mother and father in the same week.  Some friends and good people who were touched by the tragedy of Bara’a story attempted to help her to return to her grand parent family back in Egypt. While arrangements were under way to send Bara’a home, another tragedy came her way again but this time she was the target. She experienced a sudden pain and after some medical test sure enough she was diagnosed with same form of cancer which killed her mother. At this point, when Bara’a was told of her diagnosis of cancer she smiled and said: all praise be to Allah, at last, I will be seeing my Baba and Mama soon.  It is extraordinary to see this young child  welcome death and accept the decree of God which has befallen upon her.

Bara’s tragic story became known in Saudia Arabia then an anonymous Saudi Man, a good Samaritan, decided to send Bara’a to London for medical treatment. While Bara’a was being treated in the hospital in London she was interviewed by an  Egyptian TV station, called al-Hafiz TV. She was asked to recite verses from the holy Quran aired for a special program dedicated to Quran recitation. Her recitation was powerful and heavenly sweet and brought tears to the program anchor. I am certain it will bring tears to anyone who listens to her beautiful recitation (see link below).

The cancer has taken its toll on Bara’s health and she went through a lot of pain and suffering in the hospital. She was going into commas periodically. During these difficult times, another TV station interviewed her in the hospital and asked her to recite a song about the Mother and orphans. She made millions crying in the Arab world while she was singing .

Days past and she continues living at the mercy of the cancer which by now has spread to her legs which doctors decided to amputate in an attempt to limit the spread of her cancer. During these difficult times she has continued to go into comma periodically but when she is awake she begins to recite Quran to keep her spirit alive. Days passed, the cancer spread to her brain and doctors decided to perform brain surgery to remove the cancer cells. She is still in the hospital fighting for her life. So please remember her in your Du’a and May Allah the most High save her life.
Posted by Eve Azeez at 9:30 AM 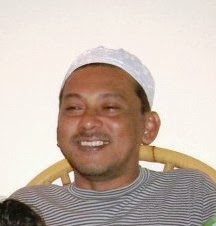 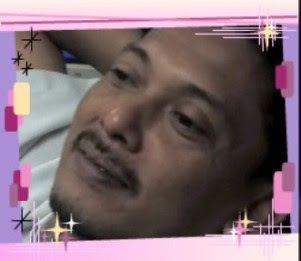 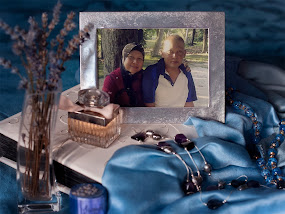 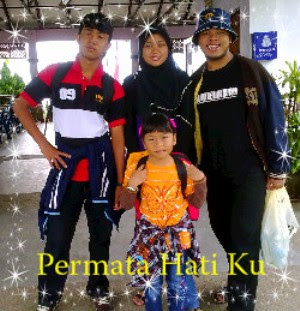